Menu
Stephen PritchardThe Observer
Read More
« Sombart’s playing is superb: technically precise but possessing a flexibility and freedom that lets the music breathe.»
Laurence VittesStrings magazine
Read More
Gorgeous sound and triumphant majesty, no less! "From its opening subterranean depths, the Royal Philharmonic Orchestra’s recording, starring first-desk players and one of its favorite pianists, moves with leonine size and purpose. It is elegant, immensely powerful, and yet in the Larghetto, plays with a hushed, chamber-music feeling. Both violinist Duncan Riddell, who soars the way a concertmaster should, and cellist Richard Harwood integrate splendidly with the RPO and with French pianist Elizabeth Sombart in terms of gorgeous sound and triumphant majesty. In matters of portamento, Harwood swoops now and then in the most wonderfully flamboyant way that has no stylistic precedent other than contributing to the general exhilarating fun, and so it works. Pierre Vallet conducts like he really cares."
Previous
Next 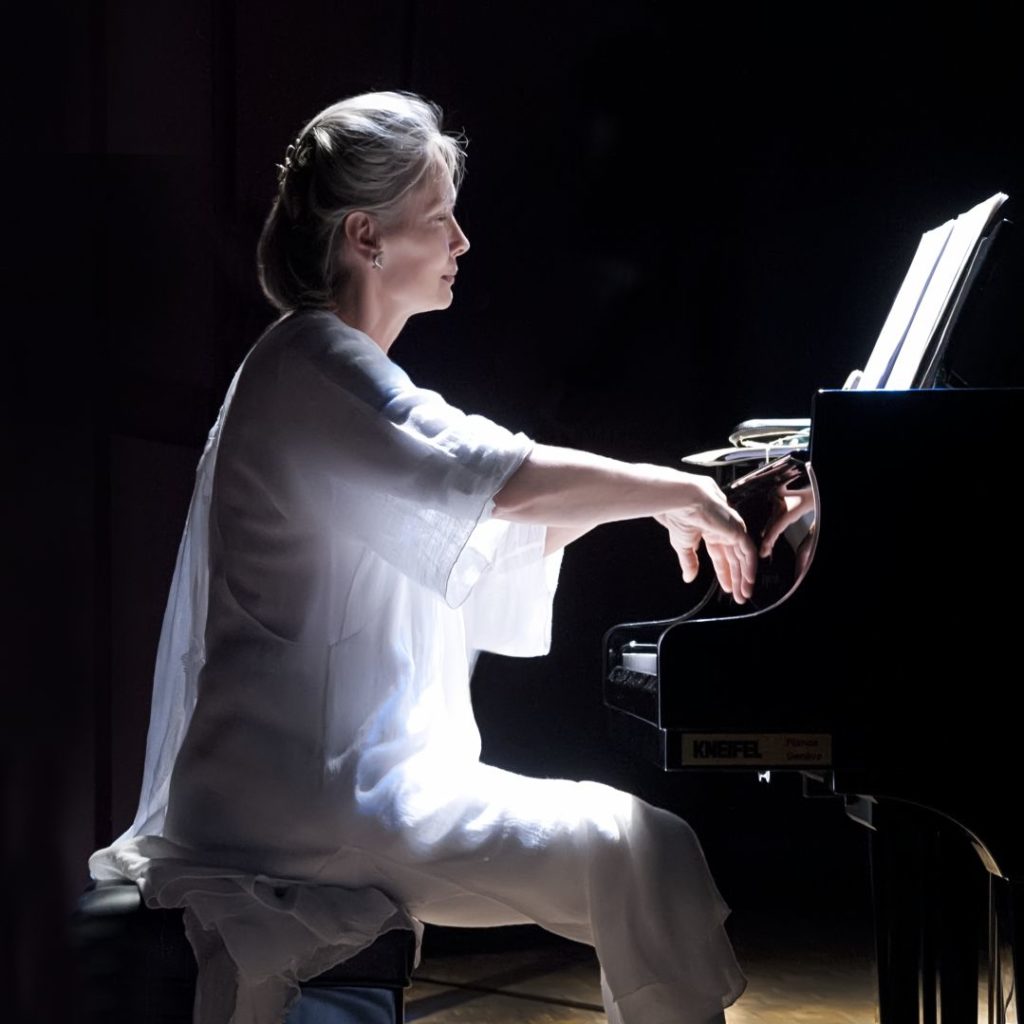 Born in Strasbourg, Elizabeth Sombart studied the piano from the age of seven. She entered the Strasbourg Conservatoire, and after gaining the National Piano and Chamber Music first prize, she left France for Buenos Aires to develop her art further with Bruno-Leonardo Gelber. She then continued her training with great masters such as Peter Feuchtwanger in London, with Hilde Langer-Rühl in Vienna and finally Sergiu Celibidache at the University of Mayence.

Throughout her life, Elizabeth Sombart has sought to share classical music with the widest possible audiences and with people from disadvantaged backgrounds. In 1998, she created the Fondation Résonnance, bringing classical music to outreach venues ( hospitals, orphanages, prisons).
A further aim of the Fondation Résonnance has been to establish piano schools open to all without any restrictions on age, based upon the principles of free teaching, with no exams or competitions.

Elizabeth Sombart has recorded an important discography and videography. In past few years she produced two recordings with the Royal Philharmonic Orchestra directed by Pierre Vallet. Previously, she recorded J.S. Bach “L’Art de la Fugue” played with Jean-Christophe Geiser in a piano and organ duo, and a recent recording of all Chopin’s Nocturnes.
Confidences pour piano de Bach à Bártok, a series of 50 programmes was produced by Peter Knapp and broadcast on France 3 TV and also recorded and released by BMG.

A life dedicated to deepening her musical knowledge and teaching to all without any distinction.

Elizabeth Sombart travels the world to bring music in the far corners of the world.
She recorded many piano albums but also engaged in a successful collaboration with the Royal Philharmonic Orchestra conducted by Pierre Vallet
You can follow Elizabeth Sombart perfom in traditional concert halls in Western, Eastern Europe and in the Middle-East, but also in the most remote underprivileged locations. 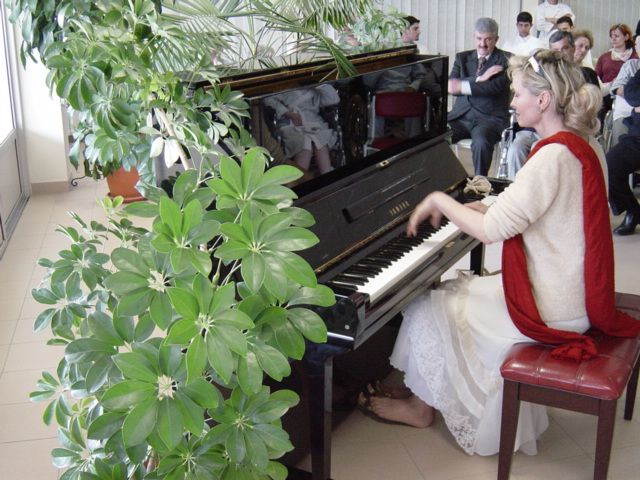